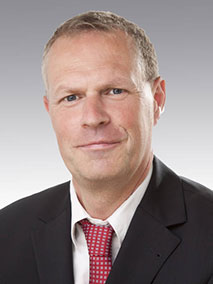 After the takeover of Andreas Hofer Hochdrucktechnik in November 2015, NEAC Compressor Service in Übach-Palenberg assumed customer care of the HOFER machine population in April 2016. For Managing Director Bernd Wagner and his team, this meant drawing up an international business plan in phases.

The major tasks which NEAC has in different phases are to identify all machines, customers and contact persons based on several customer and reference lists, to update the CRM system used worldwide by all NEACs and to integrate the data in the NEA GROUP SAP system via the interfaces. As for its existing customers, NEAC now follows the course of depicting all data regarding machine history, engineering and commerce in the internal business processes for HOFER customers. A great deal of work!

In Phase 1, intense training and therefore qualification of the NEAC staff in Germany for the new product diaphragm compressor was the top priority. Although diaphragm compressors belong to the displacement devices, they are not part of the reciprocating machines. During training, one of the key areas of focus was on regulation between the hydraulics and gas systems. Also, the decision was taken that the commissioning made by HOFER will be successively transferred to NEAC staff. This specifically resulted in employing mechatronics engineers.

Phase 2 stands for international roll-out at four further NEACs. Thus, NEA Gulf, NEAC USA, NEA India and NEAC Italia were incorporated into the HOFER service business. This took place using closest coordination with new machine sales. The special highlight there was the evaluation of HOFER’s current international agents and their comparison with the NEA GROUP agent network. The respective local NEA GROUP Managing Directors and the HOFER management were very intensely involved. Therefore, the international service technicians, managed by Stefan Damberg and Norbert Janßen were already introduced to the depths of the new technology in February this year.

In April, the former NEAC Product Manager Stefan Damberg moved to HOFER in order to further expand the service department there with more staff. No sooner said than done. The major focus is on repairs and the fast delivery of spare parts from Mülheim.

Currently, Bernd Wagner is working on the release of Phase 3, which plans an extension of the roll-out at NEAC South East Asia. Therefore, at the beginning of 2018 Waldemar Lutz from Thailand as well as a new service technician from Taiwan will be trained at HOFER. The start-up of service business for HOFER in South East Asia will be in November 2018.

Customers, in particular from the area of industrial gases, are now increasingly approaching NEAC with service inquiries. Several customers wanted their diaphragm compressors to be incorporated into existing European or global framework agreements - really positive feedback from the market after one-and-a-half years’ service work by NEAC for HOFER.

NEAC sees further potential and challenges to make HOFER customers even happier. To-date, the integration of HOFER service in the NEAC business has been much welcomed and received positively by the customers.

In the mid- to long-term, NEAC will give consideration to HOFER products as to how the machines can be monitored using digitalization and analysis. Currently, a pilot project is running for this purpose. The data is synchronized in a cloud, thus providing the customer direct access to technical information and service reports.

NEAC will equip the Training Center with a complete HOFER TKH compressor next year, enabling the implementation of authentic training of own employees and customers alike.