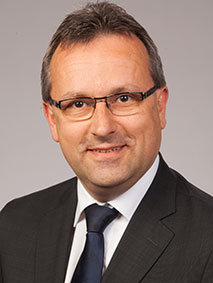 The NEUMAN & ESSER grinding systems process bentonite for the oil and gas industry with maximum precision and economic efficiency. Only by doing this can the extraordinary material properties be exploited to the fullest.

The mineral bentonite can be found all over the world. It is formed from weathering volcanic ash. Bentonite is a mixture of various clay minerals. It consists of 60-80% of montmorillonite. Further accompanying minerals can include quartz, mica, feldspar, pyrite or also calcite.

Primarily its exceptional properties are noteworthy: when stirred into water, as it demonstrates a so-called thixotropic reaction. It reacts as a fluid when mechanically stressed, i.e. shaken or stirred. However, it hardens in quiescent condition because its viscosity increases.

The most common use of bentonite is in drilling fluids. The bentonite in the flush fluid lubricates and cools the cutting tools whilst protecting against corrosion. As the drilling fluid generates hydrostatic pressure in the borehole, it hinders fluid and gas penetration.

Although these drilling fluids are also used for simple drilling such as wells, their true potential is only demonstrated for demanding tasks such as drilling for oil and natural gas sources and exploration on drilling platforms.

The drilling liquid conveys the drill cuttings to the surface. When the purge pumps have idle periods, the thixotrophy of the bentonite hinders the stone material from dropping back into the drilled shaft.

As a flush fluid, bentonite seals the drilled shaft from water ingress downwards and at the sides of the shaft. The mineral forms a firm sludge cake on the bore wall which provides the borehole with additional stability. The fine bentonite particles enter into the bore wall, swell and harden. Depending on the constitution of the ground structure, fine and coarse particles are needed.

The requirements of the bentonite particles are not unusual, but nonetheless critical. API 13A “Specification for Drilling Materials” precisely regulates the technical data for the bentonite in the drilling fluid.

A leading manufacturer of drilling grade bentonite in the Middle East supplies oil and gas producers worldwide. Since 2005, he has been using a NEUMAN &amp; ESSER grinding system for bentonite grinding. The bentonite manufacturer selection was made for a cyclone configuration with a PM 20U4 pendulum mill and an SDR radial classifier 1200 for coarse grinding from 15–25% > 63 μm.

Frank Verreck, Area Sales Manager at NEUMAN & ESSER Mahl- und Sichtsysteme, explains: “The arguments in favor of this investment were this system’s high throughput performance of nearly 18 t/h and reliable reproducibility of the product fineness as well as the outstanding selectivity. That was important for the customer. The system can be used for highly precise setting of the particle sizes, enabling precise predictions of the properties of the drilling fluid. This rules out unpleasant surprises at the oil and gas producers’.”

Furthermore, NEA customers profit from the grinding system manufacturer’s several decades of experience. “We have offered our customers the opportunity to reconstruct their grinding process since 1940”, Frank Verreck explains. “We have various systems in our Test Center which can be used for all grinding and air separation experiments. The NEA Test Center supports the planning of new systems as well as the improvement of existing systems to optimize processes and products.”

What finally convinced the Middle East bentonite manufacturer of NEA Mahl- und Sichtsysteme was their impressive wear protection provided by the NEA mill. The impurities in bentonite cause increased stress, attrition and wear and tear in the mill. Nonetheless, the abrasive feed material does little to harm the mill. All the components of the grinding system are designed to be robust and wear resistant. “If our customers are as happy as this customer is, we are then particularly proud of our mills and grinding systems“, as Frank Verreck admits.

NEA has gained experience in grinding bentonite, bentonite-coal mixes and Fuller's earth. Today, more than 50 bentonite grinding systems are successfully in operation. Cut point range and maximum particle size can be set very precisely, both for the small mills and the large systems which grind bentonite up to 40 t per hour fine or 55 t per hour coarse. Moist feed material with up to 18% water content can be processed without any problems. An efficient hot gas generator provides the required heat necessary to dry the bentonite, while simultaneously grinding and classifying the product in the mill. The NEA grinding system has low costs for wear and tear, maintenance, electricity and is thermally efficient.